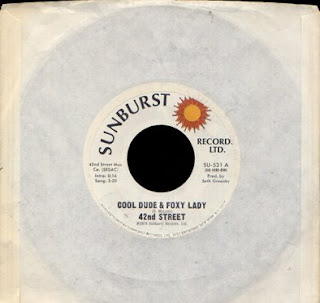 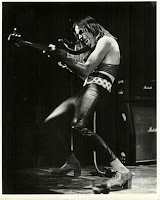 "We used to compete with the Harlots of 42nd Street which was a group of guys who looked like truck drivers but dressed like the Dolls and wore, like, fishnet stockings over these big muscular hairy legs. They were my favourite band."
This is wh

at David Johansen says during an interview about the Harlots Of 42nd Street. Formed by the guitarist Chris Harlott, this band, together with the New York Dolls, Magic Tramps, the Brats, Teenage Lust, and others glitter rock band of the time, dominated the NYC underground scene in the first half of the 70s. Here's a copy of their single on Sunburst records, produced by Seth Greenky.