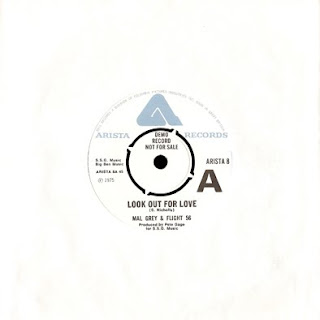 MAL GREY & FLIGHT 56 - Look Out For Love / Ballroom Queen (Arista 1975)
An interesting single with a great sound featuring Mal Gray, frontman of the British rock 'n' roll group The Wild Angels, who joined Flight 56 for a couple of tours at the end of 1974, releasing only this single and leaving the band some months later. UK issue, produced by Pete Cage. 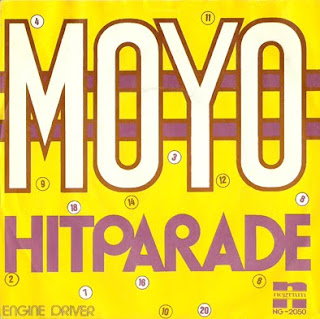 MOYO - Hitparade / Engine Driver (Negram 1975)
Realeased on Hans Kellerman's Negram records, "Hitparade" is a pure T.Rex meets Chicory Tip and sounds like a Tony Atkins/Gerry Morris production. I'm not sure, but by the name on the label I suppose they were a Dutch band. Listen to both sides below... 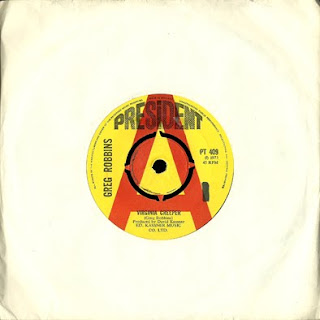 GREG ROBBINS - Virginia Creeper / Shyzak (President 1973)
This lone release on President records testifies to the short career of this unknown British artist. However, his self-composed "Virginia Creeper", is a sublime and eccentric track that features garage, powerpop and punk elements. Produced by Ed Kassner, UK issue.