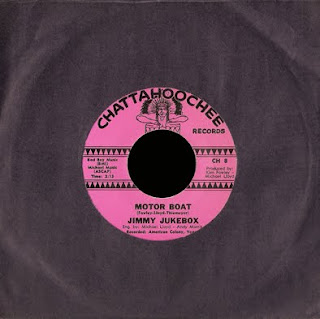 JIMMI JUKEBOX - Motor Boat / 25 Hours a Day (Chattahoochee 1973)
Finally I found a copy!
Jimmy Jukebox was nothing but one of the many Kim Fowley solo recording projects. Under this pseudonym he only released this superb single co-produced by himself and Michael Lloyd. Both sides are highly enjoyable...

NOW - I Wanna Be Free 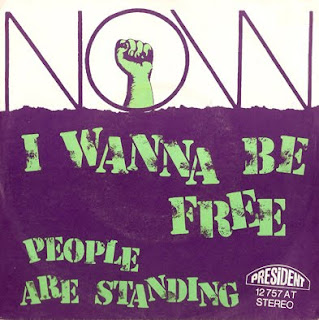 NOW - I Wanna Be Free / People Are Standing (President 1973)
Here's another obscure British gem. "I Wanna Be Free" is a pure glam/psych number with catchy synth and a good dose of handclaps. Produced by David Kassner, German issue. 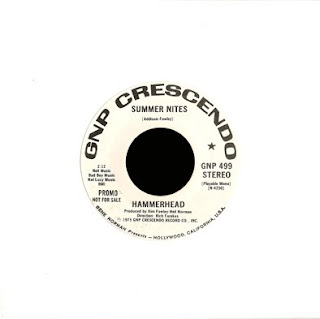 HAMMERHEAD - Summer Nites / Jewels (GNP Crescendo 1975)
Hammerhead was a Los Angeles, California band formed in 1974 which released only one great single co-written with and produced by the ubiquitous Kim Fowley. Here’s what the guitarist Jeff Austin Addison, also founder of the band, wrote to me about the Hammerhead:
"Hammerhead, who played nearly every club in L.A. for years without a break, was a power trio plus an electric violin player and a lead singer, playing mostly originals and some covers. In 1975 I wrote "Summer Nights" with Kim Fowley, our producer.
Hammerhead signed with Crescendo Records.
The record played on KLOS frequently and across the U.S.A. We received good reviews from our Starwood gigs in the L.A. Times newspaper. However, the drummer flaked. It's too bad when good bands break up due to an ego problem.
When we played Gazzarris' on the Sunset Strip, sometimes during the song I would run out the front door of the club with my wireless connection to my guitar and play my lead in the middle of traffic in Sunset Blvd. The people cheered - they loved it. Then I ran back through the dancers up to the stage in time to start the next verse. That's a show!"
THANKS TO JEFF AUSTIN ADDISON