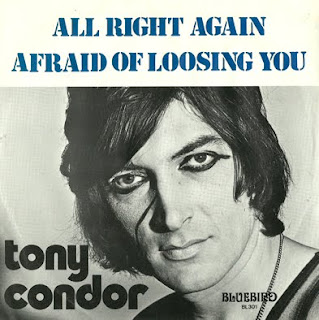 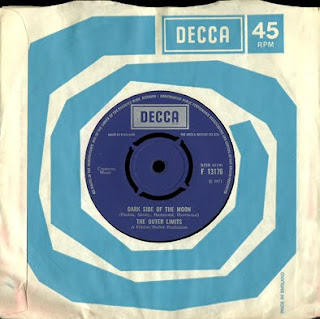 THE OUTER LIMITS - Dark Side Of The Moon / Black Boots (Decca 1971)
Killer Red Indians on the warpath-style glam stomper obscurity with loud handclaps and a catchy guitar riff (identical to the one used by the Stranglers in "Nice 'n' Sleaze" in 1978). The A side, "Dark Side Of The Moon", was also recorded as a demo by Elton John one year before.
Both tracks were written and produced by Ben Findon and Peter Shelley, UK issue.